The Plight of Job: Worshipping An Abusive Relationship 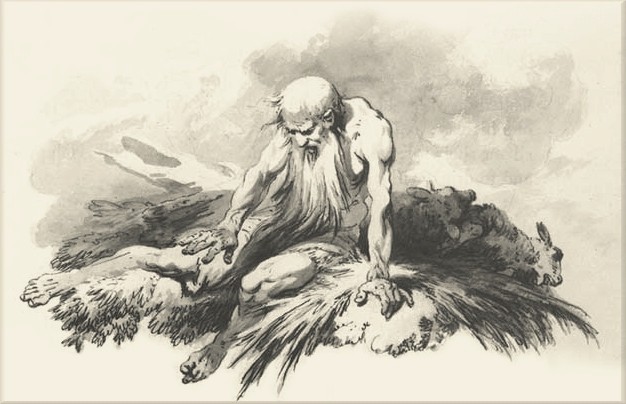 I was listening to a recently purchased Worship album today and something struck me about the song I was listening to. Called “The Job Song” I found myself not being lifted up but severely depressed. As I listened more closely to the lyrics I heard this:

With hearts bowed low and hands held high
We bless the name of our good God
Who gives and takes, our hearts He breaks
That we might say, blessed be our God

Read that again: “Who gives and takes, our hearts He breaks…” So, according to this song, God can break our hearts if he wanted to…and that’s OK! We should worship Him no matter what He does to us, just like Job. Before I get into Job, here’s the full set of lyrics:

One true God, Sovereign and good
May You become, reward enough
When all my life, is burned away
And all that is left, is Your great love

Faithful God, from barren land
My voice will rise, to heaven
Blessed be, Your holy name
When all is gone, Your grace remains

Though You slay me
I will trust in You
For You my God are my portion
Though You slay me
You will see me through
Before You God I will come undone
With hearts bowed low and hands held high
We bless the name of our good God
Who gives and takes, our hearts He breaks
That we might say, blessed be our God
Copyrighted Content by Tyson Morlet 2012

Sounds like an abusive relationship doesn’t it. Read it in the context of an abused woman. You’d tell her to get help, right?

The lyrics to this song go against everything that the God of the New Testament is said to be. God is LOVE. Does God seek out to “slay us” and “break our hearts?” I’d argue NO. But, this song is in context to Job. Let’s take a Cliff Notes (Wikipedia) look at the book of Job.

In the land of Uz (not Oz), there lived a righteous man named Job. The Bible tells us he is one of the most righteous men, he obeys all of God’s laws and is constantly providing offerings on behalf of his seven sons and three daughters. One day, Satan challanges God to a test. Satan argues that Job isn’t really that righteous and is only appearing “righteous” since God has put a “wall of protection” around him. So, God takes the bet that Job is a righteous man and takes away the “wall of protection” and tells Satan to go to town and do his worst. No matter what, Job will remain righteous.

Here’s what Satan (not God, mind you) does to Job:

Yet, through all this Job does not curse God. Here’s what he says: “Naked I came out of my mother’s womb, and naked shall I return: Lord has given, and Lord has taken away; blessed be the name of Lord.” However, Job’s early statement is just the beginning. The rest of the book of Job deals with doubt, depression, and even suicide. Job spirals into a deep depression and is arguing with three of his friends. His friends tell him he must be a sinful man if all this has happened to him. Because of this, Job doubts himself even further, he has angry dialogues with God and his friends. All this couldn’t and shouldn’t be wrapped up in a simple praise song.

Still, songs like “The Job Song” are written. Based off a sliver of Job’s entire struggle. This song in particular seems to tell the devout that they must bless God no matter what. That it’s God testing them. In the end we will be blessed for our hardship. I mean, Job got a whole new family! So, that fixes everything, right?

Now, this isn’t a full expose on the Book Of Job. Many scholars have picked it apart and I don’t consider myself a scholar. My main arguement is that this portion of the story doesn’t make for an uplifting “Worship Song.”  First of all, Job’s struggle is caused directly by Satan in the story. You could say God indirectly let’s the events take place, but there’s so much more to Job’s struggle. Isn’t it asinine to proclaim that God occasionally has it out for us, but as long as we worship Him things will be okay? That’s what this song seems to be stating.

As I alluded to earlier (based off a Facebook response from a friend), this “praise” song comes accross more like someone in an abusive relationship. Is the God that Christian’s worship? A god that punishes us whenever He feels like it just to test our faith? If so, that doesn’t bode very well for new converts to Christianity.

I have faith in a God who loves each one of us, no matter what. I believe He wants what’s best for us. The book of Job shouldn’t be miscontrued as true ancient history. I’m under the impression that it’s a parable told by Moses to the Isrealites in order to show a “worst possible scenario.” From the story of Job I take away many things. But most importantly, I think it illustrates that doubt, depression, anger and suicidal thoughts are a human reality. Job illustrates that these are very human and natural responses to tragedy, it’s irrelevant who caused the tragedy in the first place. But I think the author of Job is clear that these events weren’t directly caused by God himself.

Read the entire book of Job then look at these lyrics. What do you think? I’d love to hear your thoughts in the comments below.