The Mystery of The Nephilim 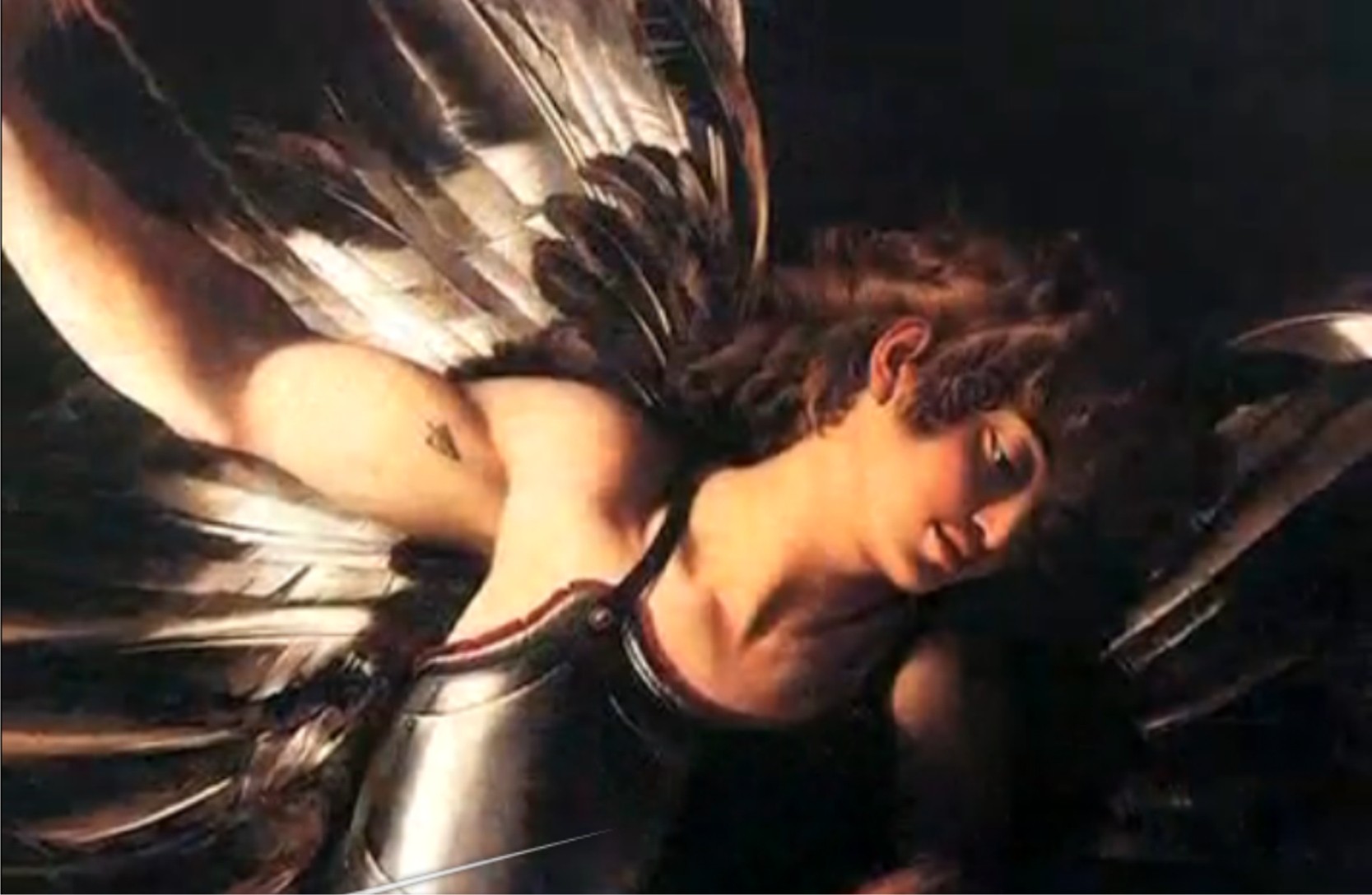 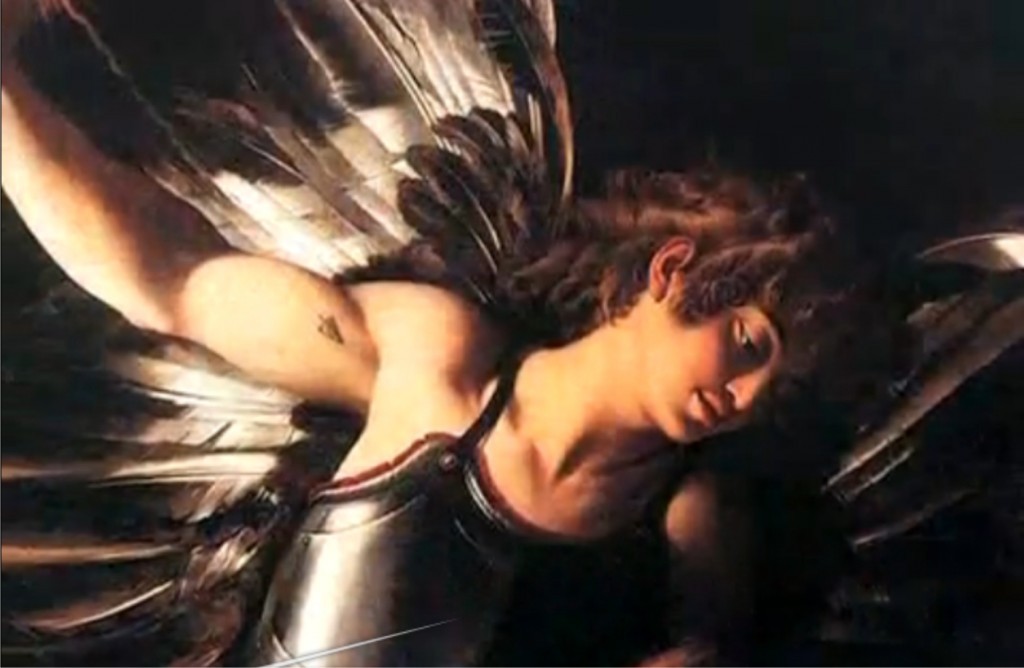 6 When people began to multiply on the face of the ground, and daughters were born to them, 2 the sons of God saw that they were fair; and they took wives for themselves of all that they chose. 3 Then the Lord said, “My spirit shall not abide in mortals forever, for they are flesh; their days shall be one hundred twenty years.”4 The Nephilim were on the earth in those days—and also afterward—when the sons of God went in to the daughters of humans, who bore children to them. These were the heroes that were of old, warriors of renown.
[Genesis 6:1-4]

30 But Caleb quieted the people before Moses, and said, “Let us go up at once and occupy it [Canaan], for we are well able to overcome it.” 31 Then the men who had gone up with him said, “We are not able to go up against this people, for they are stronger than we.” 32 So they brought to the Israelites an unfavorable report of the land that they had spied out, saying, “The land that we have gone through as spies is a land that devours its inhabitants; and all the people that we saw in it are of great size. 33 There we saw the Nephilim (the Anakites come from the Nephilim); and to ourselves we seemed like grasshoppers, and so we seemed to them.”
[Numbers 13:30-33]

Who or what are the Nephilim? These mysterious creatures are mentioned only twice in the Hebrew Bible and have sparked the imagination of generations.

In Genesis, they are said to be “sons of God” who had sexual relations with human women and those women bore their children. In Numbers, the word Nephilim is given to the “giants” of Canaan who towered over the Isrealites making the Isrealites seem like grasshoppers in comparison. But that is all that is mentioned in the Hebrew Bible. There really is no explanation and they seem to be mentioned in passing as if the authors of Genesis and Numbers didn’t have to explain these creatures. Were the Nephilim so commonplace in the ancient Isrealite culture that their presence didn’t need to be explained?

The Nephilim are the offspring of the “sons of God” (or “devine beings” in the Hebrew Bible). Scholars don’t seem to agree on what “Nephilim” actually means. Zecharia Sitchin contested in his book The 12th Planet, that the Nephilim could be translated as “those who came down from above” or “those who descended to earth” or “people of the fiery rockets” [The Twelfth Planet, pp. vii, 128ff], therefore making them offspring of ancient astronauts or aliens. Much as been spent disputing Stichin’s ideas, though. Nevertheless, shows such as Ancient Aliens and movies such as Stargate and Cowboys and Aliens use Stichin’s ideas as a springboard for inspiration.

Some Fundamentalist Christians believe that the Nephilim are the result of fallen angels who tried breed with humans, creating a mixed race. Some even say that it was Satan’s plan to occupy Canaan with these giants in order to overthrow the Isrealites. Some even simply state that the “sons of God” were angelic beings. These references to sons of God only appear a few times in the Hebrew Bible. Two times Genesis and three references in Job [Job 1:6; 2:1; 38:7].

Yet, other scholars simply think the translation is wrong and translate it as “sons of nobles” or even “sons of Seth” taking all the fun out of the speculaton.

Later Judaism and almost all the earliest ecclesiastical writers identify the “sons of God” with the fallen angels; but from the fourth century onwards, as the idea of angelic natures becomes less material, the Fathers commonly take the “sons of God” to be Seth’s descendants and the “daughters of men” those of Cain.
[Jerusalem Bible, Genesis VI, footnote]

So, who are these alien/angel/demon/human hybrids called The Nephilim?

Being the offspring of the “sons of God” they are mostly referred to as “giants” and “warriors renown.” They dwarf humans and we are compared to grasshoppers when stacked up next to the Nephilim. Most Biblical references attribute them to the land of Canaan. A land which God had promised the Isrealites and a people whom the Isrealites were permitted to mercilessly slaughter.

There were giants “also after that,” in the days of the Canaanites, and these were likewise known as, among other things, the Nephilim (Numbers 13:33). Humanly speaking, they were descended from Anak, and so were also known as the Anakim. These people were, of course, known to Moses and it was probably he who editorially inserted the phrase “and also after that” into Noah’s original record here in Genesis 6:4. Moses probably also inserted the information that these were the “mighty men of old, men of renown,” men whose exploits of strength and violence had made them famous in song and fable in all nations in the ages following the Flood. To rebellious men of later times, they were revered as great heroes; but in God’s sight they were merely ungodly men of violence and evil.[4]
[Henry Morris, The Genesis Record]

Some could theorize that in order to justify the slaughter of the men, women and children of Canaan, the Isrealite people needed to see the Canaanites as enemies of God. The authors of Genesis and Numbers could have just created the myth of the Nephilim as abominations. Therefore, all guilt of the conquest of Canaan is erased by their Holy Writings. This was also a nifty way to explain Gigantism.

It’s all still a mystery, though the skeptic community does have the simplist answer. This was all made up and is myth used to explain away things that these ancient people did not understand. Since there is no fossil record of a giant race of people, it’s really hard to take this account of the “sons of God” and The Nephilim as actual history. Since demi-gods are a large part of ancient myth, it’s not hard to imagine that this myth also made it’s way into the Hebrew Bible.

Meanwhile, The Nephilim continue to be debated, studied and are a piece of ancient civilization we may never understand. Some great books have been written on the subject, including Scott Roberts’ The Rise and Fall of The Nephilim (also hear a great interview with him on the Mysterious Universe podcast).

What are your thoughts? Do you have anything to contribute? Please share in the comments!