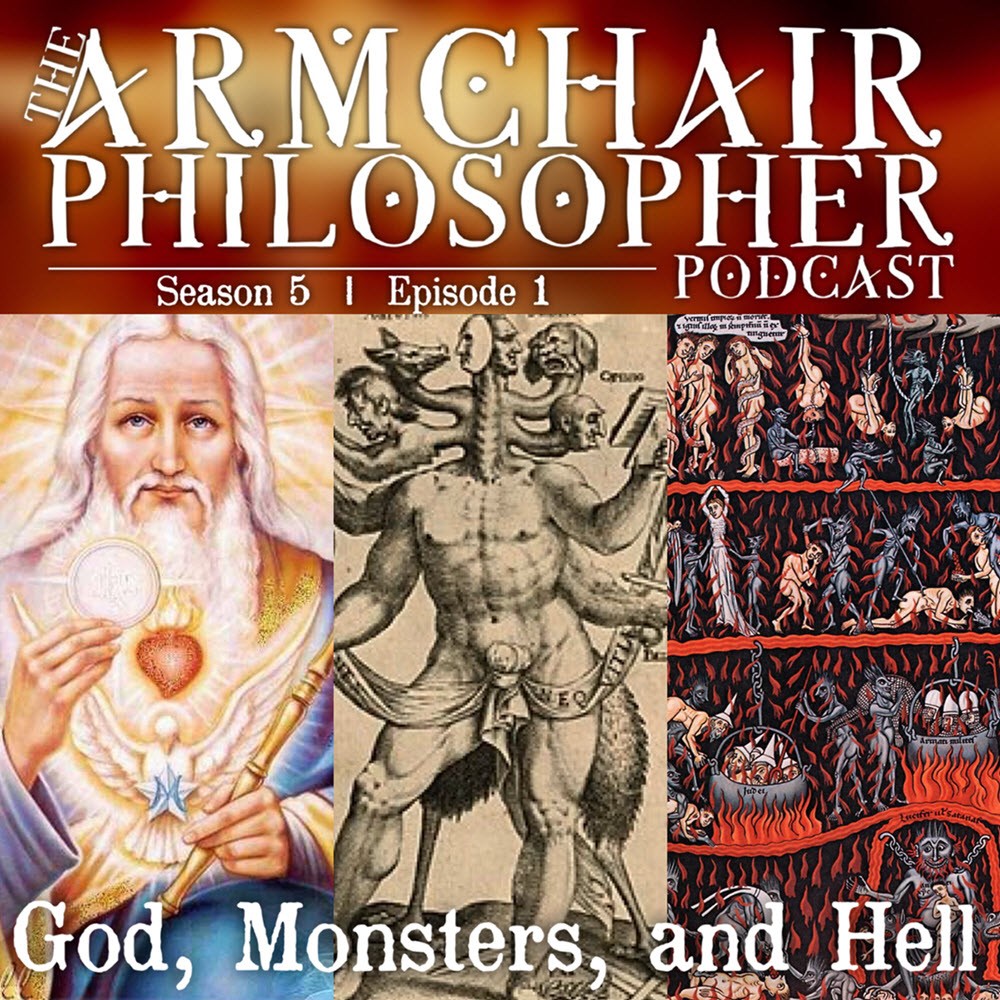 Mimetic Theory, Monsters, Hell and God collide on today’s Armchair Philosopher Podcasts. Hellbound? Director Kevin Miller joins the conversation to discuss a class he was preparing called Mimetic Theory & Monsters. The class would eventually be cancelled because of events outside his control, but it’s a very eye-opening conversation and one that Kevin hopes to transfer into future projects.

Raised on a farm just outside of Foam Lake, Saskatchewan, Kevin went off into the world and fulfilled many of his childhood dreams, which included working in the film business as a screenwriter, director, producer, and film editor and also establishing himself as a freelance writer and editor in the world of book publishing. Over the years, Kevin has worked on about a dozen films, including documentaries, feature films, and short film projects (he’s Kevin Miller XI on imdb.com) and over a hundred books, both fiction and non-fiction, many of which he worked on as an editor.

Learn move about Hellbound? over at hellboundthemovie.com.